A new film by John Michael McDonagh (The Guard, Calvary) demands attention, and there’s no disputing the fact that War Against Everyone did well when it premiered last February in Berlin. “Imagine if Quentin Tarantino directed Starsky and Hutch and didn’t mess it up with his whole malignant misanthropic, misogynistic look-at-me thing. The result would be McDonagh’s snort-milk-out-your-nose-funny buddy cop comedy. Michael Peña and Alexander Skarsgard play Bob and Terry, co-dependent corrupt Albuquerque pigs snorting and shooting their way to tumble a supercilious English Lord (Divergent‘s Theo James) into horseracing, heists, and kiddy porn.” — from a non-bylined Vanity Fair review filed from Berlin.

You can’t glide your way through the Berlin Film Festival. Cannes is a breeze compared to this place. You have to put on your learning cap, screw down your focus and study the paperwork and submit to a lot of crowding and lines and trying to figure out how the fuck this and that works. The wifi around the Berlin Hyatt, which is only a block from the Berlinale Palast, is so overburdened that you learn quickly to just put your phone away and not even try. There were two midday press screenings today for The Grand Budapest Hotel, and I for one felt like a steer in an over-packed stockyard. In Cannes those with a pink badge with a yellow pastille can just slip right in, and even those with lesser badges wait in well-organized lines. There wasn’t even a line to get into Budapest this morning. It was a mob scene. At least I learned how things work around here. 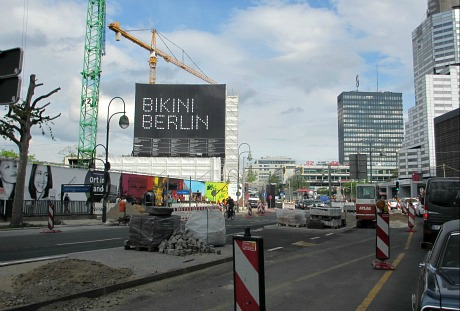 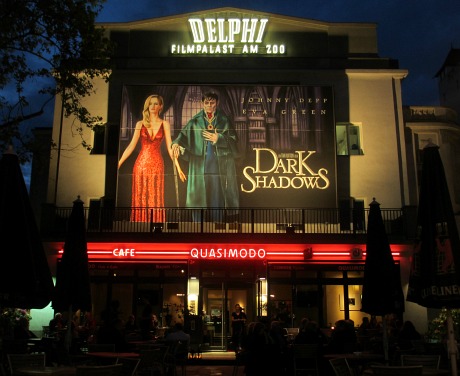 Dark Shadows starts tomorrow in Berlin. Because Warner Bros. declined to screen it for me in NYC, I have to see an English-language version commercially tomorrow afternoon at the Potsdamer Sony plex . 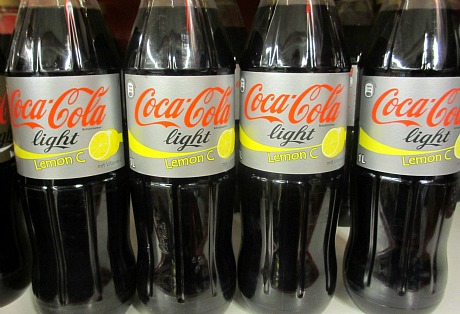 D. Strauss’s EXBERLINER Berlinale blog continues on this, the first day of the festival. I’ve gotten a general impression over the years that more drinking happens at the Berlin Film Festival than at any other, in large part (I assume) because Berlin is perhaps the most extreme party-animal town in the world.

Jasmila Zbanić‘s Quo Vadis, Aida? has been kicking around since last September’s Venice Film Festival, where it premiered. I finally saw it this morning, and I knew within five or ten it was a thumbs-upper. It’s a blistering, horrifying, you-are-there account of the 1995 Srebrenica massacre — 8000 Bosnian men and boys murdered in cold blood by Serbian troops under the command of Ratko Mladic.

For me it ranks alongside other Bosnian brutality-of-war dramas like In The Land of Blood and Honey, Welcome to Sarajevo and No Man’s Land.

It’s not a suspense piece or a classic war drama but a mother’s perspective saga that asks “who if anyone will survive the coming massacre?” You can feel it coming from around the corner.

It focuses on Aida (Jasna Djuricic), a Bosnian translator for blue-helmeted UN troops with enough access to understand that Muslim men in Srebrenica may be in serious danger once Bladic’s Army of Republika Srpska invades.

Aida is politically protected by her job, but her husband (Izudin Bajrovic) and two adult sons (Boris Ler, Dino Bajrovic) are vulnerable. The film is about Aida trying to use her connections to protect her family from the evil intent of General Mladić (Boris Isakovic). If you know anything about Bosnian War chronicles, you know it’s a lost cause.

Quo Vadis, Aida? is the Bosnia-Herzogovina submission for the 2021 Best International Feature Oscar. It should win.

The star is Katia Pascariu, playing a high-school teacher. It’s composed of three sections. The first is a raunchy home-made sex tape…slurpy, squishy…performed by Katia and her husband.

Chapter 2 is an aimless and meandering downshift in which Katia walks around Bucharest, crossing endless boulevards and walking down endless sidewalks as she hears from her husband that the sex tape has somehow found its way online,l. This naturally alarms as she could lose her job.

Chapter 3 is the best — a contentious parent-teacher meeting in which Katia’s sex tape is discussed and kicked around.

Jade uses three separate endings — one in which Katia is vindicated and keeps her job, another in which she loses it, and a third in which Katia’s fantasy avatar punishes the parents for their small-mindedness.

I was hot to see Bad Luck Banging after it won the the Golden Bear prize at the 71st Berlin International Film Festival. The other Berlinale contenders must have been fairly shitty for Bad Luck Banging to win the big prize.

3 Comments
I Ain’t No One Thang

Mohammad Rasoulof‘s There Is No Evil has won the Berlinale’s Golden Bear prize. Here’s an excerpt from Peter Debruge’s 2.28 Variety review:

“In Iran, executions are often carried out by conscripted soldiers, which puts an enormous burden on the shoulders of ordinary citizens. And what are we to make of the condemned, for whom guilt can sometimes be a capricious thing, dictated by a severe and oppressive Islamic regime — the same one that accused Iranian director Mohammad Rasoulof of ‘endangering national security’ and ‘spreading propaganda’ against the government?

“When Rasoulof returned from Cannes in 2017, following the premiere of his film A Man of Integrity, he was banned from filmmaking for life and sentenced to a year in prison. But as a man of integrity himself, the director could not stop.

“His latest film, There Is No Evil, premiered in competition at the Berlin Film Festival, where instead of being silenced, Rasoulof launches his most openly critical statement yet, a series of Kafkaesque moral parables about Iran’s death penalty and its perpetrators, made in open defiance of the restrictions the government put on him.

“The resulting feat of artistic dissidence runs two and a half hours, comprising four discrete chapters, each one designed as a standalone short film exploring a different facet of the subject. By subdividing the project like this, Rasoulof was able to direct the segments without being shut down by authorities — who are more carefully focused on features — and, in the process, he also builds a stronger argument.

“The truth, the film clearly understands, is more complicated than its title: There is evil in the world, and it corrupts us when we don’t take a stand. What would you do in the characters’ shoes? What will you do in your own?”

Sent from Berlinale-attending journalist to U.S.-based journalist friend: “From what I’ve been hearing around the Berlinale, and I hate to be the first person to bring this up, but with the current outbreak of the coronavirus in Italy I think there’s a possibility that the Cannes Film Festival [could be] cancelled if this thing further spreads. Remember that there’s usually a large contingent of Chinese industry people that go to Cannes. Will the entire country be quarantined?”

From “Six Nations to Stormzy: which events could be cancelled by coronavirus?,” a Guardian piece by Lucy Campbell, Sachin Nakrani, Andrew Pulver, Ben Beaumont-Thomas and Oliver Wainwright, and posted today (2.26).

5 Comments
Attention Must Be Paid

You have to sit up and take notice of any new Sally Potter film, and I mean especially one that will premiere at the 2020 Berlinale. Bleecker Street Media will give Potter’s relationship drama a limited release on 3.13.20.

The Roads Not Taken boilerplate: “A day in the life of Leo (Javier Bardem) and his daughter Molly (Elle Fanning) as she grapples with her father’s chaotic mind. As they weave their way through New York City, Leo’s journey takes on a hallucinatory quality as he floats through alternate lives he could have lived, leading Molly to wrestle with her own path as she considers her future.”

Does anyone on the face of the planet believe that Fanning could possibly be the biological child of Bardem and…who’s playing his wife, Laura Linney? (Take a gander at the actual parents, Stephen and Heather Fanning.) What are the odds of a dark-eyed man of Spanish blood fathering a girl who looks like a tall Swedish milkmaid?

If and when Terrence Malick‘s Radegund debuts at the 2019 Cannes Film Festival, it will have spent 30 or 31 months in post — roughly six or seven months longer than the average length of time that Malick’s last three films — To the Wonder, Knight of Cups and Song to Song — have logged in the editing room. Will Mr. Wackadoodle actually risk screening his German-language antiwar film to Cannes critics? My instincts tell me no — Malick is a hider, a ditherer, a lettuce-leaf tosser. He prefers the cool shadows of the cave to the hot glare of exposure.

“Case of the Missing Radegund,” posted two months ago: During the summer of 2016, or two and two-thirds years ago, Terrence Malick shot principal photography on Radegund, a fact-based anti-war drama set in Austria and Germany. Directed and written by the press-shy auteur, the German-language drama is about Franz Jagerstatter (August Diehl), an Austrian conscientious objector who was executed by the Third Reich for refusing to fight.

Berlinale jury member Juliette Binoche on Harvey Weinstein: “I almost want to say peace to his mind and heart, that’s all. I’m trying to put my feet in his shoes. He’s had enough, I think. A lot of people have expressed themselves. Now justice has to do its work. I never had problems with him, but I could see that he had problems. As a producer he was wonderful, most of the time. I think he was a great producer. That we shouldn’t forget, even though it’s been difficult for some directors and actors and especially actresses. I just want to say peace to his mind and let justice do what it needs to do.”

Harvey Weinstein allegedly did what he did and has to face the legal music. I’ve read the New Yorker and N.Y. Times articles about his alleged misdeeds, and I saw Untouchable during Sundance ’19. But just imagine if Binooche’s words, shared this morning at a Berlinale press conference, had been spoken by any guy from any aspect of the film industry. That guy would be roasting on a p.c. spit. He would be in such hot water on Twitter right now that he’d be envying Liam Neeson.